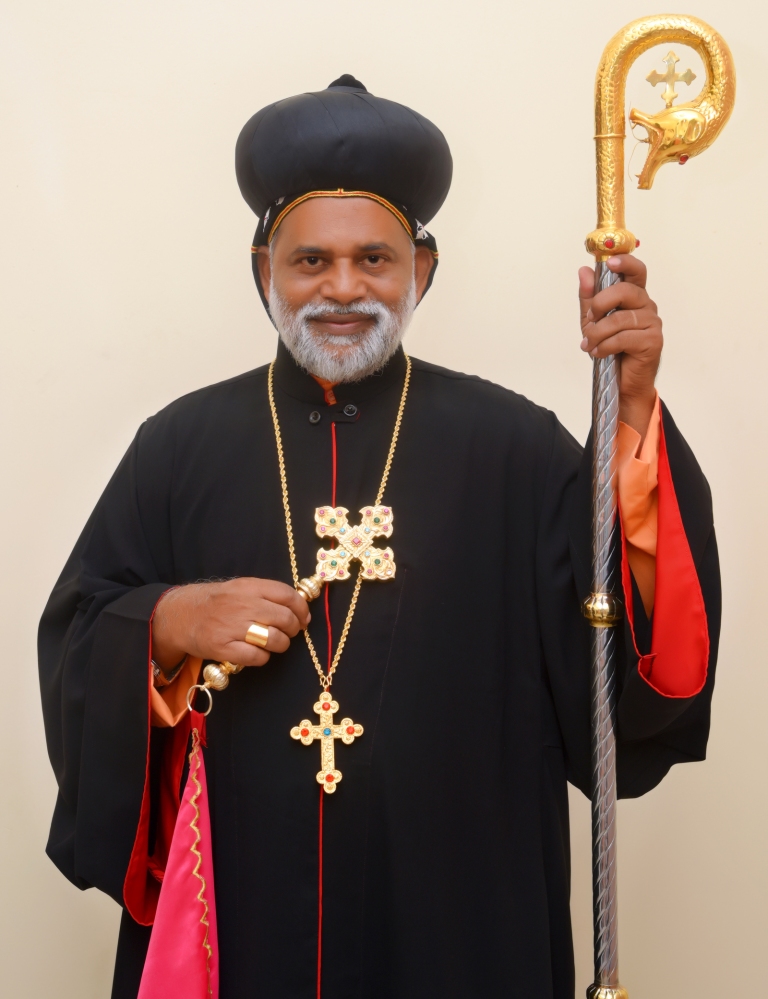 H.E. Most Rev. Dr. Geevarghese Mar MakariosMetropolitan of The Eparchy of Puttur

Most Rev. Dr. Geevarghese Mar Makarios, was born on  16 July 1958. His parents are Late K.M. Chacko & Mariamma Kalayil. After High School education he joined the Infant Mary’s Minor Seminary, Marygiri, Tiruvalla. He studied Philosophy at St. Joseph’s Seminary, Mangalore and Theology in Papal Seminary, Pune. He was ordained priest for the then Eparchy of Bathery on 1 May 1986 by Bishop Cyril Mar Baselios. He also completed his Licentiate and Doctorate in Dogmatic Theology from Gregorian University, Rome.  Besides his ministry as Parish Priest, he served Secretary to Bishop Cyril  Mar Baselois, Eparchy of Bathery, Rector and….Read more 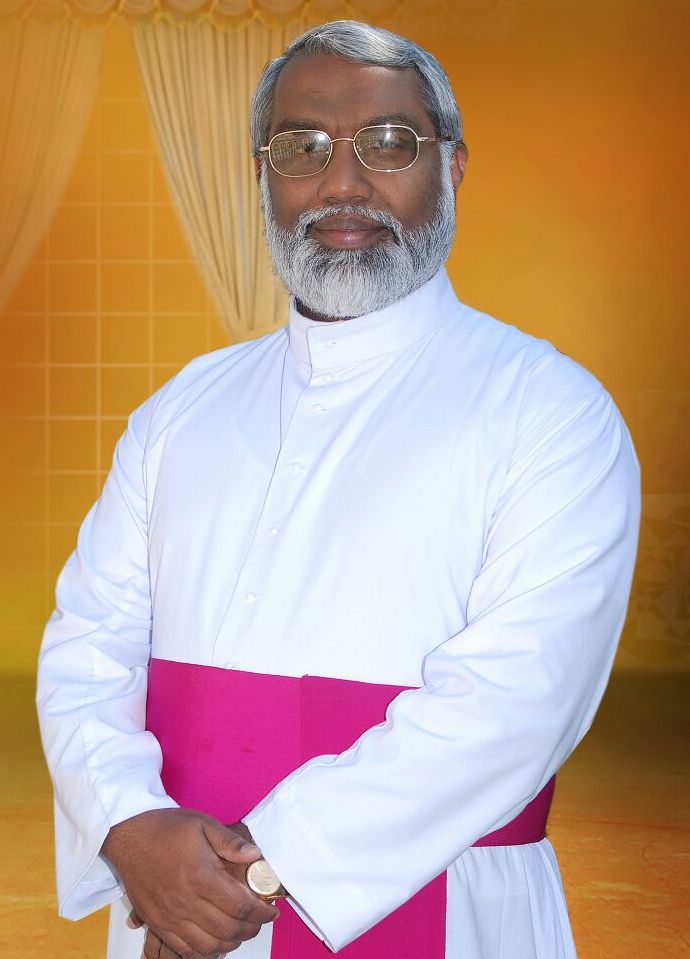 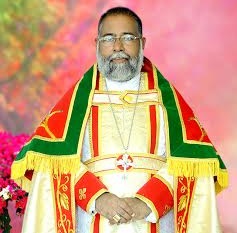 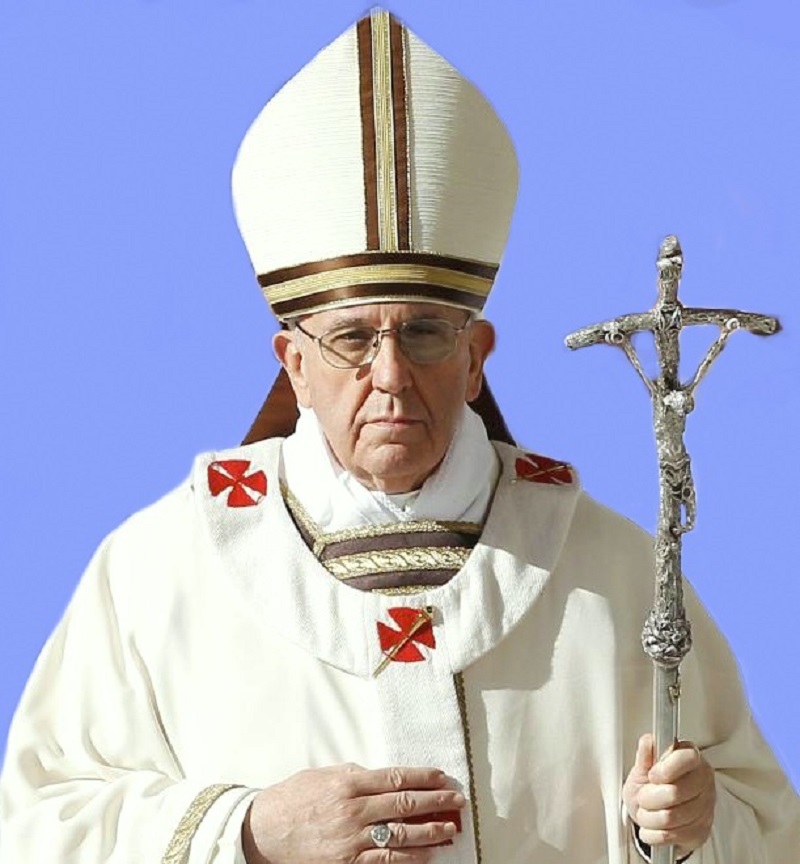 Cardinal Jorge Mario Bergoglio, S.J., Archbishop of Buenos Aires, Argentina, was born on 17 December 1936 in Buenos Aires. He studied and secured a degree as a chemical technician, but then chose the priesthood and entered the seminary of Villa Devoto. On 11 March 1958 he moved to the novitiate of the Society of Jesus where he finished studies in the humanities in Chile. In 1963, on returning to….Read more 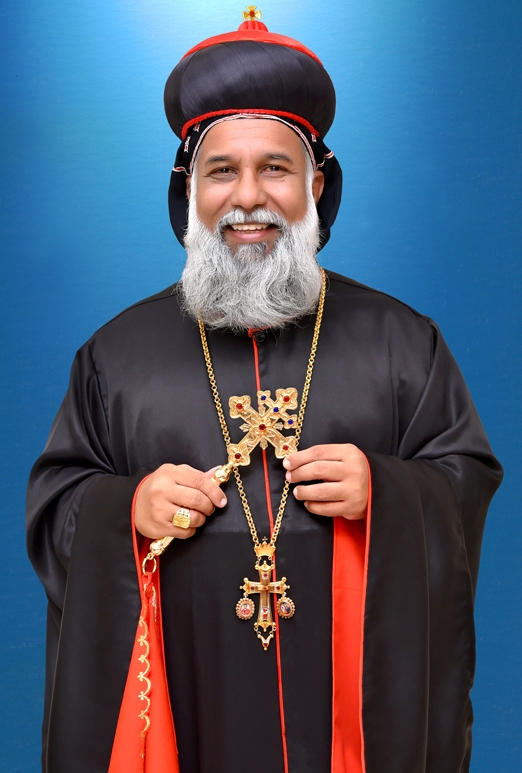 HIS BEATITUDE BASELIOS CARDINAL CLEEMIS, Major Archbishop-Catholicos of the Syro-Malankara Catholic Church and the Major Archbishop of Trivandrum, was born on 15 June 1959 as the son of the Mathew and Annamma Thottunkal at Mukkoor, Mallappally in the civil district of Pathanamthitta, Kerala, India. He was given the name Isaac. He hails from the traditional Pakalomattom-Powathikunnel family. He completed his primary education in St. Mary’s Govt. UP School, Kunnanthanam and….Read more 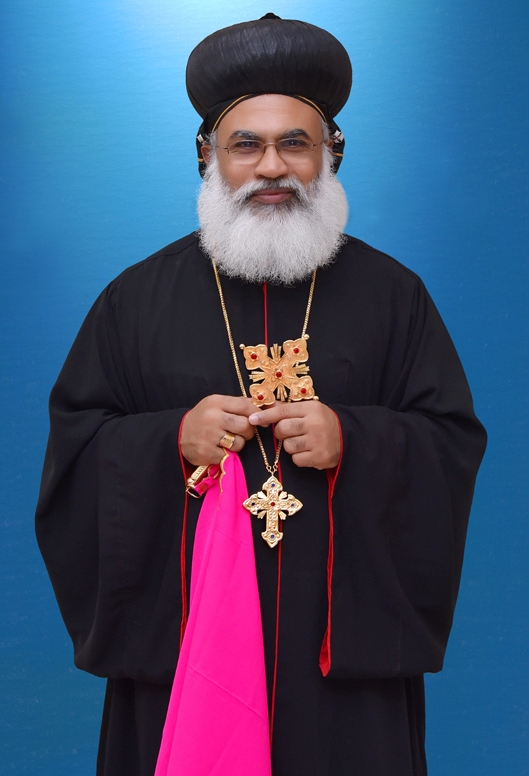 His Grace Most Rev. Dr. Thomas Mar Koorilos, the Metropolitan Archbishop of Tiruvalla, belongs to the family of Chakkalapadickal, a branch of the noble, traditional family of Panackamattom. He was born on 19 October 1958 as the seventh son among the ten children of Ninan Varghese - Aleyamma couple.  He belongs to the parish of St. Catherine Malankara Catholic Church, Kadapra-Mannar in the revenue district of….Read more 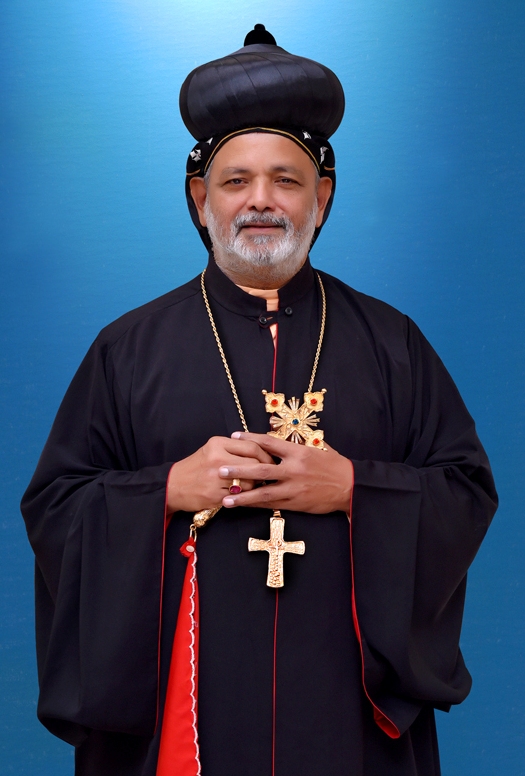 Koshy Varghese was born on 24 May 1950 at Kottarakara in the civil District of Kollam as the son of Mr. Kizhakkevettil Oommen Varghese and Mrs. Annamma Varghese. He had his primary education at the St. Mary’s School, Kizhaketheruvu and he completed his secondary education at the Government High School, Kottarakkara in 1967. 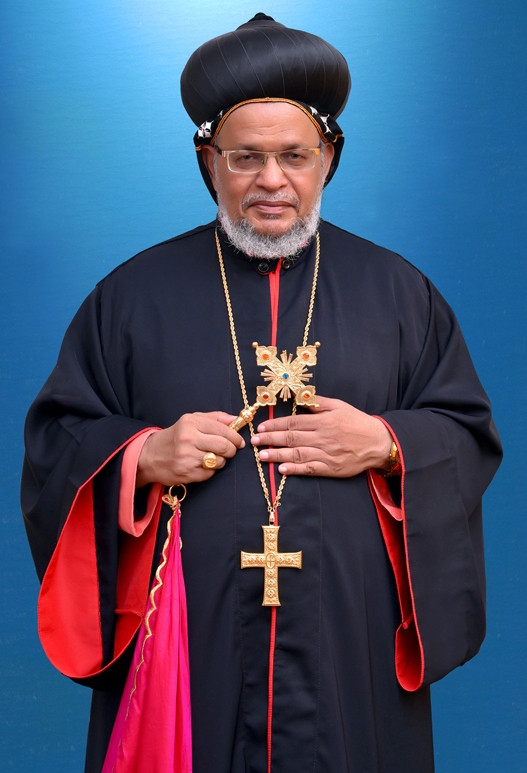 Most Rev. Dr. Joseph Mar Thomas, the veteran educationalist and economist was born in the small village of Vadaserikkara, presently in the district of Pathanamthitta, on 20th April 1952 to Late Mr. K.C. Thomas and Sosamma Thomas. He had his primary education in the Govt. L.P. School, Vadasserikkara and completed his schooling at Vadasserikkara High School. He then joined the St. Aloysius Seminary in June 1968.….Read more 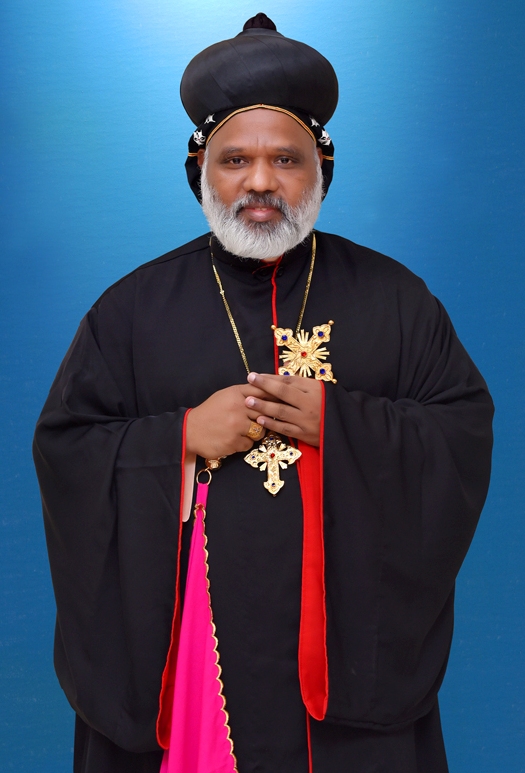 Most Rev. Vincent Mar Paulos, born on 20 February 1964 hails from Kumarankudy in the District of Kanyakumari in Tamil Nadu and belongs to the Eparchy of Marthandom.  His parents are Kochupillai and Maria Thangam.  After completing Higher Secondary Education at Yettacode, he joined the St. Aloysius Minor Seminary Trivandrum.  He took his bachelor’s degree in Philosophy from St. Mary’s Malankara Seminary and degree in Theology….Read more 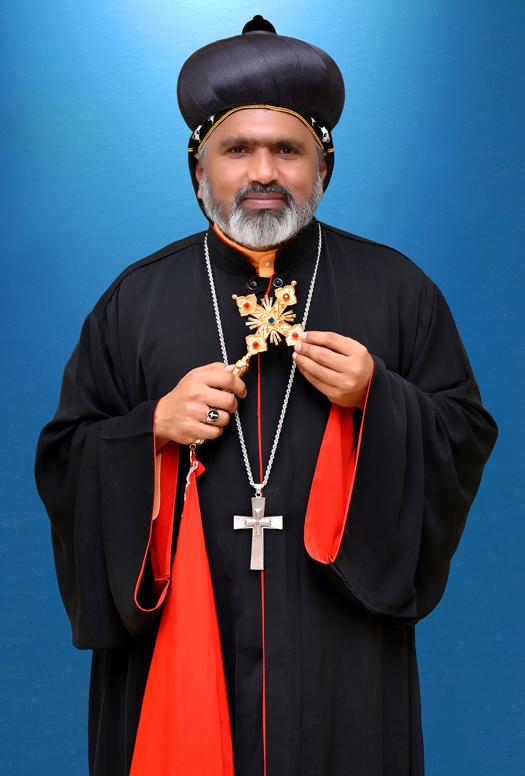 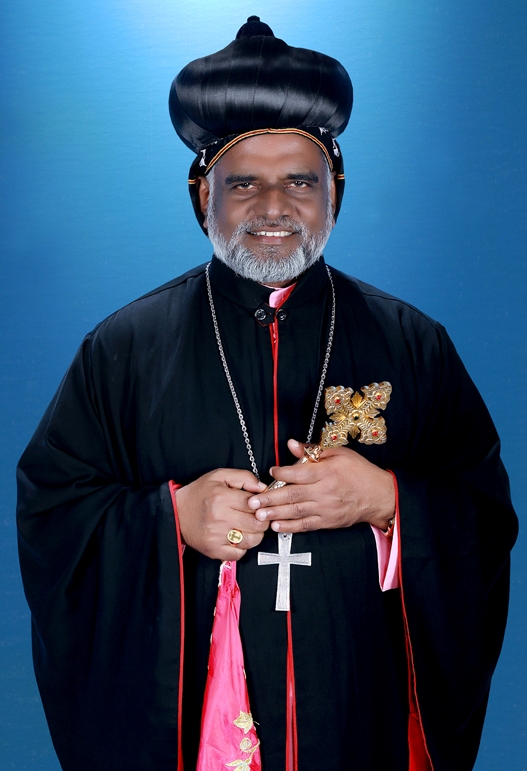 Most Rev. Philipos Mar Stephanos, was born on 9 May 1952 hails from Karimpinamkuzhy, Ranni, Kerala, India in the Archieparchy of Tiruvalla. His parents are Philip and Mariamma. After High School education in Ranni he joined the Infant Mary Minor Seminary of Tiruvalla. He studied at Papal Seminary Pune and completed bachelor’s degree in Philosophy and Theology at Jnana Deepa Vidyapeeth Pune. He was ordained priest….Read more 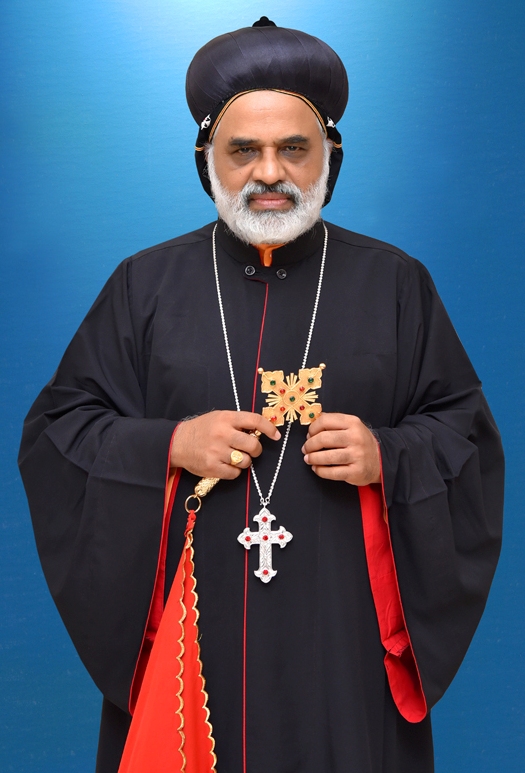 Most Rev. Samuel Mar Irenios was born on 13 May 1952 hails from Kadammanitta in Pathanamthitta District of Kerala, India, in the Major Archieparchy of Trivandrum.  His parents are late K. C. Thomas and Annamma.  After his High School Education in Kadammanitta, he joined in the St. Aloysius Minor Seminary Trivandrum.  On completing the bachelor’s degrees in Philosophy and Theology from St. Joseph’s Pontifical Seminary Aluva he was ordained….Read more 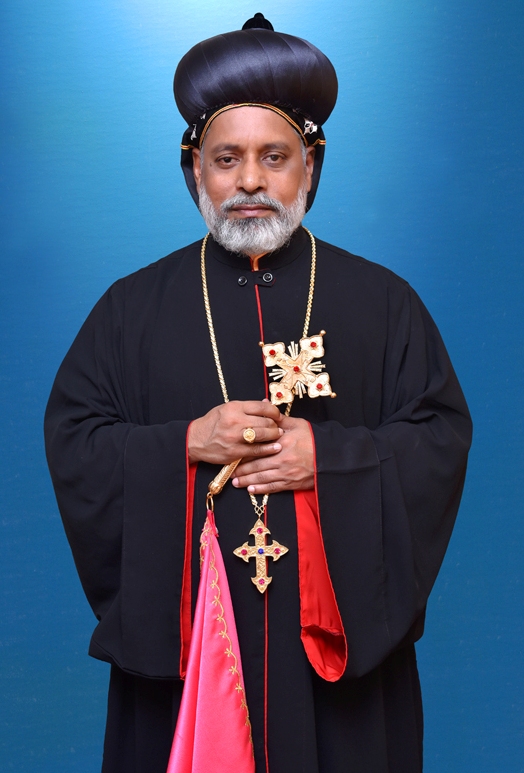 Most Rev. Dr. Yoohanon Mar Theodosius, was born on  8 April 1959, Puthusseribhagom, Kerala, India in the Major Archieparchy of Trivandrum. His parents are Mr. Philipose Oonnoonney & Mrs. Chinnamma (Late). After High School education he joined the St. Aloysius Minor Seminary, Trivandrum. He studied at St. Joseph’s Pontifical Seminary, Aluva and completed bachelor’s degree in Philosophy and Theology. He was ordained priest for the then….Read more 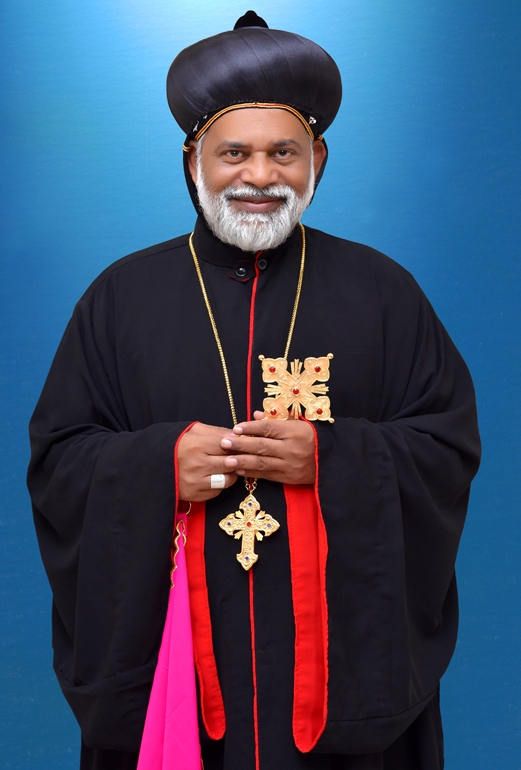 Most Rev. Dr. Geevarghese Mar Makarios, was born on  16 July 1958. His parents are Late K.M. Chacko & Mariamma Kalayil. After High School education he joined the Infant Mary’s Minor Seminary, Marygiri, Tiruvalla. He studied Philosophy at St. Joseph’s Seminary, Mangalore and Theology in Papal Seminary, Pune. He was ordained priest for the then Eparchy of Bathery on 1 May 1986 by Bishop Cyril Mar….Read more 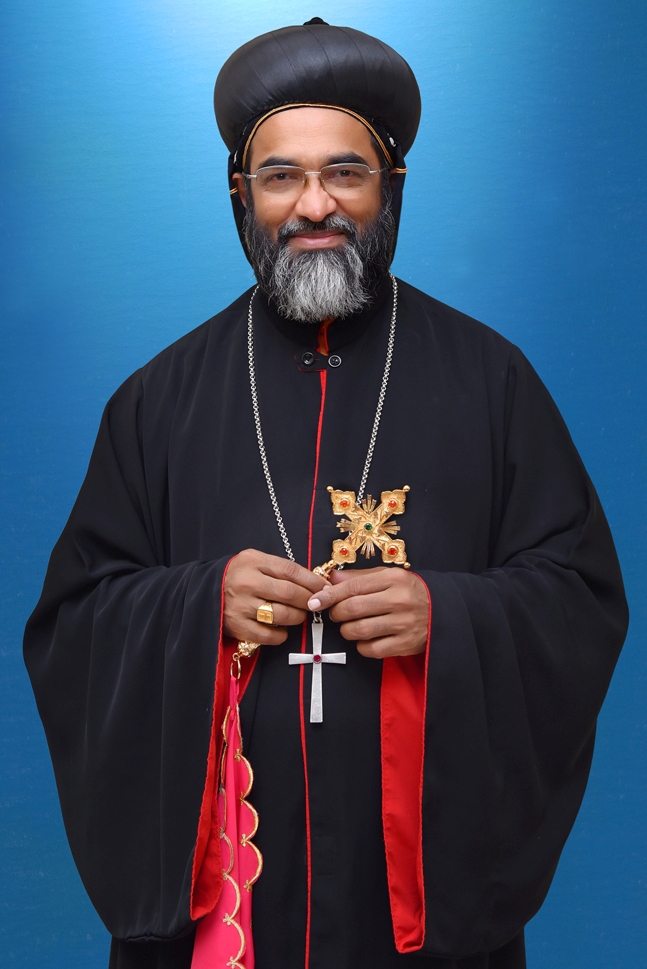 Most Rev. Dr. Thomas Mar Anthonios OIC was born on 25 November 1955 at Adoor in the District of Pathanamthitta, Kerala, India.  His parents are late C. Koshy and Kunjamma.  After his schooling at Adoor and Kattanam he joined the Order of the Imitation of Christ or Bethany Ashram and made his First Profession in the year 1974.  He had his priestly formation at Bethany Ashram Pune….Read more 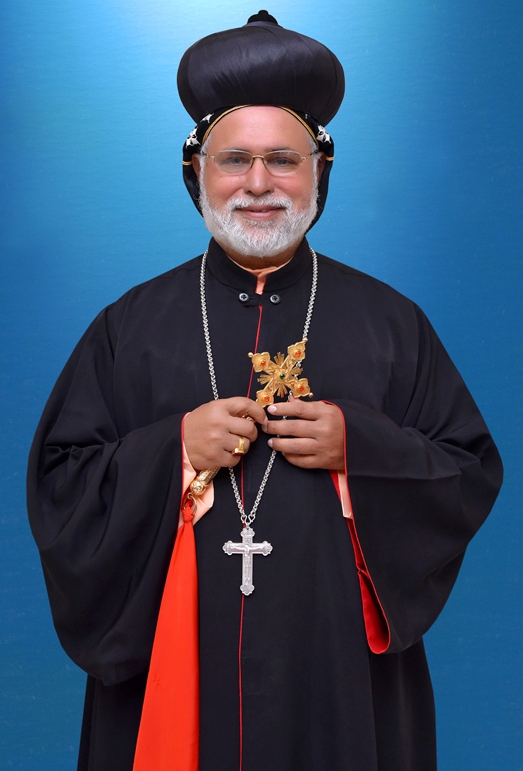 H.E. Dr. Yoohanon Mar Chrysostom born 19 May 1944 is  the Metropolitan Bishop of the Diocese of Pathanamthitta of the Syro-Malankara Catholic Church. He is the third son of Shri. Abraham and Smt. Achiyamma of the Kalloor family at Kadammanitta, in Pathanamthitta District.

He completed his secondary education at Government High School, Kadammanitta. He joined St. Aloysius Seminary, Trivandrum. After the completion of his minor seminary formation, he was sent to Trichy to study philosophy and….Read more 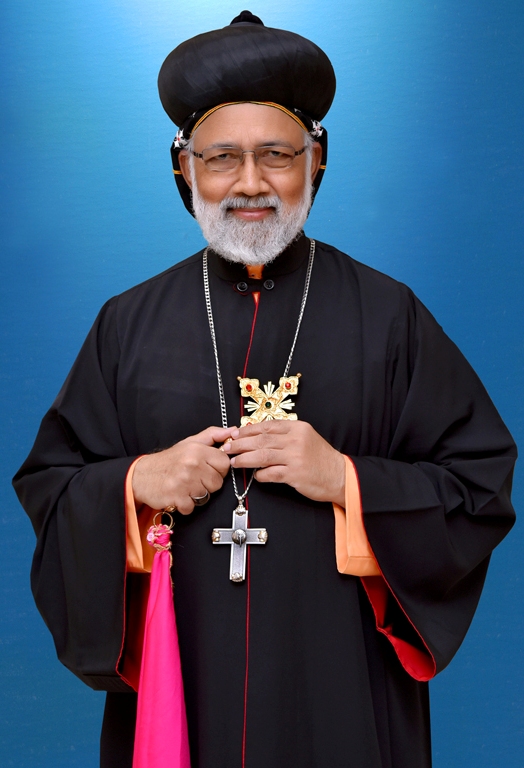 H.E. Most Rev. Abraham Mar Julios, born 25 May 1945, is the Metropolitan Bishop of the Eparchy of Muvattupuzha of the Syro-Malankara Catholic Church. Abraham was born to late Shri. Varghese Kakkanattil in Padinjaremannil branch of Paramel family, Cherukole-Kozhenchery and Smt. Annamma Varghese in the village of Kalloopara, Tiruvalla. Having completed his school education, he joined the Infant Mary Minor Seminary, Tiruvalla in 1961. He completed his philosophical studies from St. Thomas Apostolic Seminary at Vadavathoor, Kottayam.….Read more